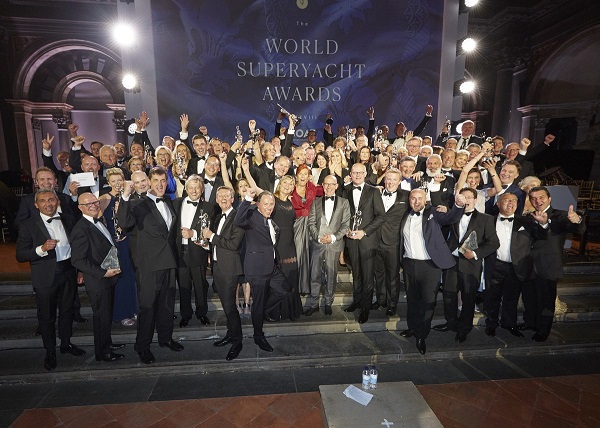 FLORENCE _ Dutch builders reigned supreme at the 2018 World Superyacht Awards ceremony here on May 19. Of the 19 categories, 6 were won by Dutch yards. Half of them were for custom motor yacht builder Feadship whose 96m ‘Faith’ was named Motor Yacht of the Year.

The annual glitter-and-glamor event hails not just ingenuity and innovation in superyacht construction and design, but also developments in how yachts are used. That is reflected in 2 new award categories this year.

Flexibility is key here. Owners can restrict the size of a mother ship when they cruise the Med or the Caribbean by leaving gear needed only in isolated regions on a support vessel.

The 2nd new category was ‘Sail-assisted motor yacht’ and was won by German-built ‘A.’

In the -500GT (30-39.9m) category, Mulder Shipyard’s ‘Delta One’ won a Neptune for a “well-balanced yacht” with features until now associated with larger vessels, including a stern beach club, a transverse garage for a 6.25m tender and deck areas that include a large Jacuzzi and 2 shaded dining areas. The judges were impressed by the yacht’s frugal fuel consumption: 73 liters/hr. at 10 knots.

On the sail side, Vitters Shipyard’s ‘Ribelle’ won (30m-49.9m category) with “an extremely well designed and constructed” yacht that met the owner’s demand for a performance racer/cruiser. The judges hailed the dual-role yacht for its “well-planned general layout” of aft crew and forward guest areas, a lifting centerboard and a futuristic glass-topped saloon.” Ribelle finished first in her class victory in the 2018 Rolex Cup. 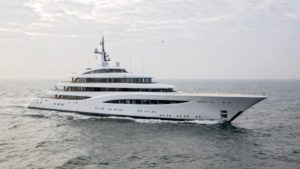 Feadship reeled in a trio of Neptunes for motor yachts ‘Letani,’ ‘Hasna’ and ‘Faith.’
The 34.65m. ‘Letani’ (2-Deck Motor Yachts/30-34.9m) was designed for entering shallow waters and small marinas in Europe and Asia. The 73m ‘Hasna’ (500-1990GT), a fully-featured family yacht, was praised for its “convivial seating, dining and relaxation areas as well as a large Jacuzzi on the sun deck and an 8m swimming pool on the main deck.”
The jury cited Feadship’s ‘Faith’ (96m, + 2,000GT) for its large windows and a large portion of the deckhead consisting of the curved glass bottom of the 9m swimming pool on the deck above.

The Neptune awards evening came hard on the heels of the release of annual data showing 2017 was a banner year for the Dutch industry. HISWA Holland Yachting Group, the Dutch superyacht trade lobby, said its members launched 21 yachts worth €1.19bn in 2017, up from €927m in 2016 when Dutch yards launched 18 yachts. Dutch yards took in orders for 23 yachts – up five from 2016.

In the awards competition, said HISWA Holland Yachting Group Export Director Jeroen Sirag, Dutch builders put the bar high. “Both winners and finalists can all be very proud of the inherent quality of premium Dutch yachts and equipment,” he said. In 2017, Dutch builders accounted for almost a third of the total value of global superyacht deliveries. 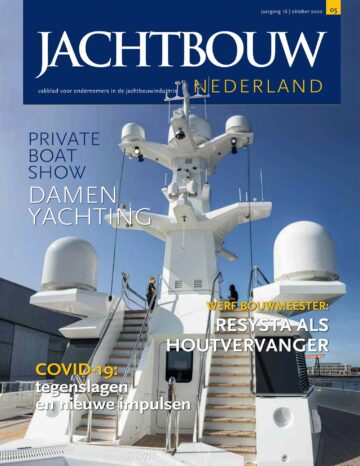